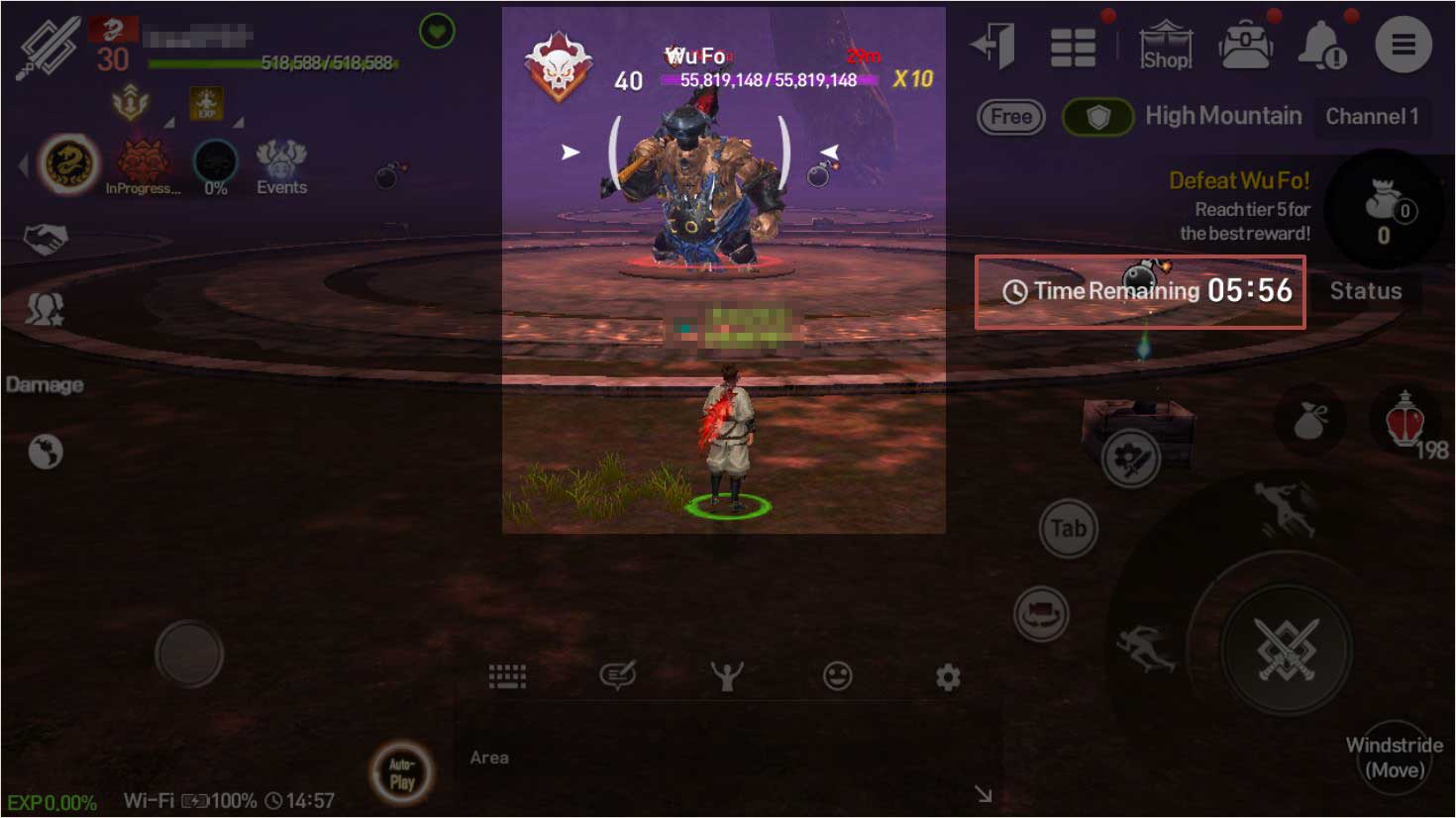 Hello friends, this is the world boss guide Blade and Soul Revolution. The World Boss requires cooperation and strategic minds. Check it out.

What is the World Boss?

① World Bosses are powerful monsters that represent each continent.

② World Bosses appear at set times and can be encountered through special means.

① As soon as you move to a different location from Heaven’s Reach where you first created your character, you will be able to participate in a World Boss conquest.

Tap the icon to enter or make an entrance reservation.

How to Enter World Boss

② The World Boss icon will appear on the main screen along with a message 3 minutes before it appears.

③ Tap the World Boss icon to view the Boss and Reward info.

④ Tap the Move button at the bottom of the info screen to participate in the World Boss.

– A channel that is full or has concluded the attack may not be joined.

① There are 10 joinable channels in total, and each channel can accommodate up to 50 players.

– The first time you change channels will be instant, but a delay will occur after the second time.

– The World Boss is only summoned for 8 minutes. It will disappear once 8 minutes have passed.

– The results screen will be shown along with the rewards when the World Boss is defeated or when the attack duration ends.

– A reward will be sent based on Contribution.

– A reward will be sent based on Contribution even if the World Boss is not defeated.

♠ Low-level players can use the Bomb item on the field to deal great damage against the World Boss.

① Get Contribution based on damage dealt against the World Boss. The amount of Contribution that can be obtained differs for each Act.

– All players in the channel receive an additional 1,500 points upon defeating the World Boss.

– All players in the channel receive an additional 3,000 points upon defeating the World Boss within 7 minutes of it appearing.

③ Tap the stats on the right side of the screen to view scores by Damage Dealt / Damage Received / Boss Kill / Fast Kill Score.

– The World Boss rewards will be sent to your Inventory depending on Contribution acquired when the Battle End screen is displayed.