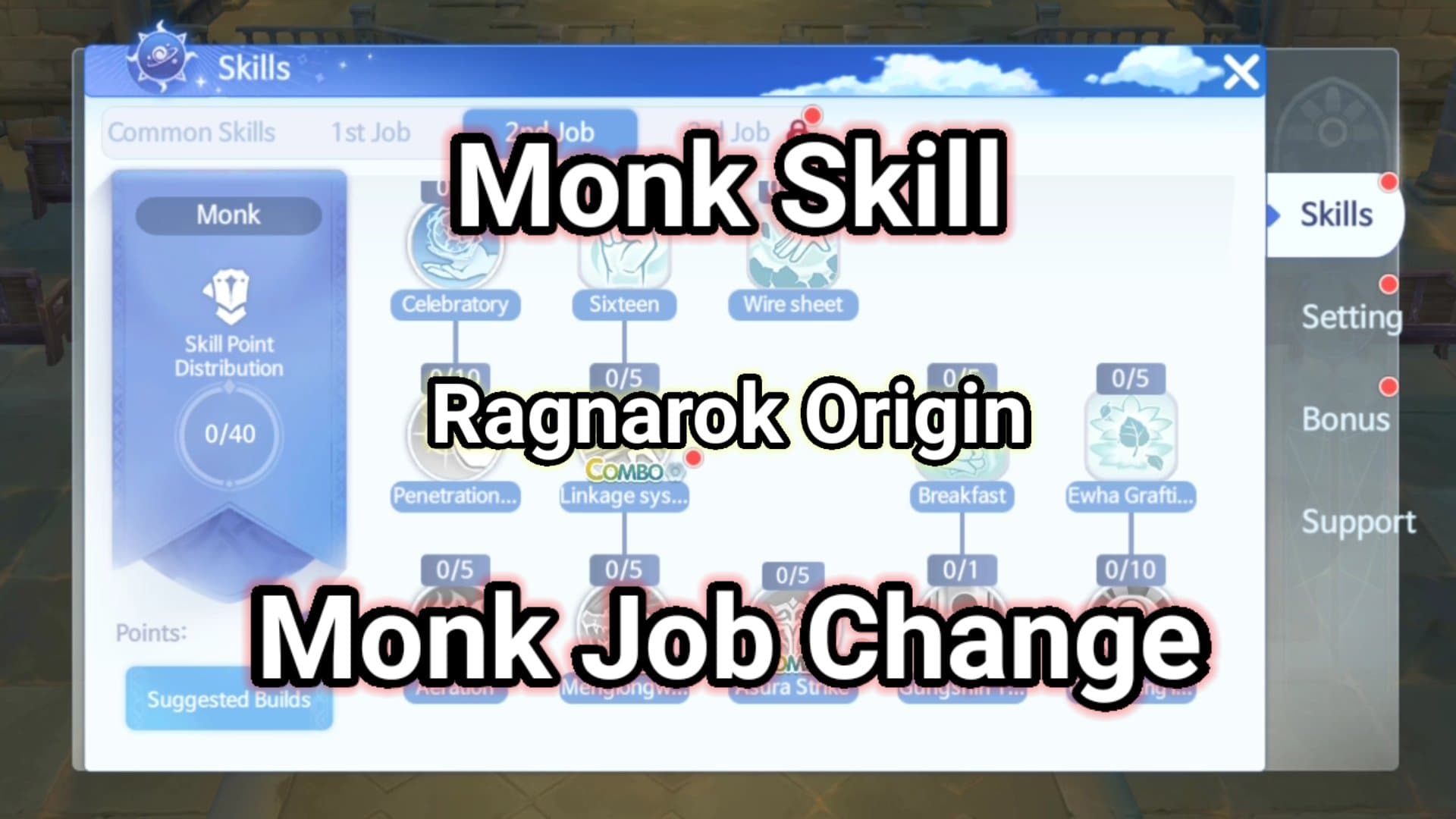 Hello friends, We want to share about Monk Skill Ragnarok Origin. Soon we will share how to build Monk DPS, lets get started.

Celebratory Lv.1
Support Neutral
The monk makes the internal organsin the form of an apparatus and causes them to follow along. When using some skills, each consumes a different amount of equipment. maximum 1 Dogs can be summoned, and each vehicle has ATK 3 increase. Physical damage added 300
Lasting seconds.
Casting is not interrupted by damage.
Cast Time: 0.26s (0.00s+0.26s)
Cooldown: None
SP Consumption:8
Cast Delay: 1.0s

Gungshin Tanyoung Lv.1
SupportNeutral
It quickly rushes a certain distance.
Aeration When used in the state, the instrument body is not consumed.
In the aerated state, the apparatus is not consumed.
Cast Time: None
Cooldown:3.0s
SP Consumption: 10
Cast Delay: 1.0s
Special Consumption:Mechanism 1
Requirements: Monk Breakfast Lv.3

To use combo skill you can set the skill in the skill setting ( see picture above ), after that move it into auto skill slot.

That’s all, we will update about Blacksmith build soon. Thank you.